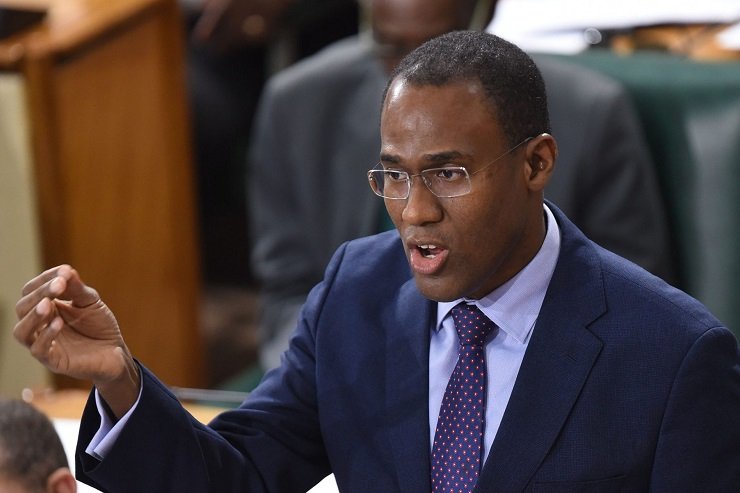 Jamaica has engaged in structural reform of our fiscal and monetary institutions, laws and policies with much success. This reform effort benefited from a high level of public awareness of the serious national interests at stake and from social consensus around the reform effort.

BENEFITS TO JAMAICA OF A STRONG AML/CTF REGIME

Implementation of a strong AML/CTF framework will mean that Jamaica is intent on undercutting the underlying, primary, profit-making motives related to crime along with any avenues used to conceal the proceeds of such crime or to further the reach of criminal enterprise.

A strong AML/CTF framework will mean that Jamaica is no longer willing to allow such activities to generate financial flows that involve the diversion of resources away from economically and socially productive uses.

It also means that Jamaicans from all walks of life recognise that well-designed and implemented AML/CTF is a way to limit the corrosive, corrupting effect stemming from ‘profitable crime’ on society and the economic system as a whole. AML/CTF controls, when effectively implemented, mitigate the adverse effects of criminal economic activity and promote integrity and stability in financial markets.

The Financial Action Task Force (FATF) is the global standard-setter for money laundering and terrorist financing rules, and FATF has increased its scrutiny of countries’ implementation of its 40 recommendations. FATF is also taking increased steps to penalise countries for falling short of these requirements. These penalties can eventually lead to countries losing access to the global financial system.

FATF recognises that in addition to the financial sector, non-financial sectors such as law, accounting, real estate, gaming, jewellery, and the non-profit sectors, among others, are exposed to significant AML/CTF risks.

FATF measures the effectiveness of a regime not only with respect to the laws and regulations in place but, more important, the use of those laws to regulate, investigate, prosecute and convict in addition to interrupting or preventing criminals from benefiting from the proceeds of their crime. That is, FATF measures effectiveness.

The strength of Jamaica’s AML/CTF framework was assessed in 2005 and again in 2015, through mutual evaluation exercises spearheaded by the Caribbean Financial Action Task force (CFATF), a FATF-styled regional body. Substantial deficiencies were identified.

Jamaica’s framework has again been assessed and, though progress has been made in the enactment of laws and in operational effectiveness, a significant amount of work remains to be done.

SOME OF THE PROGRESS MADE IN IMPROVING AML/CTF FRAMEWORK

Legislation such as the Companies (Amendment) Act 2017, the 2019 Proceeds of Crime (Amendment) Act, the United Nations Security Council Resolution (Implementation) (Amendment) Act and the Terrorism Prevention Act, among other recent laws and regulations, have improved our AML/CTF regime. The micro-credit bill to regulate the micro-finance sector has also been tabled.

Over 2,500 law enforcement personnel, including investigators and police officers, were trained in the areas of AML/CTF. Increased training resulted in several money laundering investigations, charges and convictions over the period 2016 to 2019.

Data from the Financial Investigations Division confirms that 117 persons were charged with money-laundering offences over this period. In the update to FATF, Jamaica’s Financial Intelligence Unit reported that the number of intelligence reports disseminated to law-enforcement agencies for money laundering and other criminal activities also increased substantially, resulting in increased investigations and charges.

However, despite this progress, FATF has observed that further amendments are required in our AML/CTF legislative framework. Also, institutions that regulate the real estate, legal, accounting, jewellery, gaming and pawnbroker sectors need to be resourced to implement risk-based supervision.

One particular delay merits highlighting. In June 2014, the order bringing attorneys under the Proceeds of Crime Act as Designated Non-Financial Institutions (DNFIs) was passed. The General Legal Council (GLC) was designated the competent authority and issued its guidance from May 2014 with accompanying regulations to follow.

In October 2014, the Jamaican Bar Association instituted an action against the Government of Jamaica (GOJ) and the GLC to declare the regime unconstitutional. Pending the determination of that action, in November 2014, an injunction was granted which had the effect of suspending the operation of the AML regime, including the suspension of the GLC’s power to monitor compliance.

The action was heard in March 2015 and the Full Court dismissed the action in April 2017. Consequent on the dismissal of the action, the GLC proceeded in 2017 to promulgate further regulations that had been put on hold with the grant of the injunction in 2014 and attorneys were notified that the GLC would commence inspections in 2018 to ascertain and monitor compliance.

The Jamaican Bar Association appealed the decision of the Full Court and that appeal was heard as a matter of urgency in July 2017 when judgment was reserved. In January 2018, the Court of Appeal reinstated a limited injunction, the effect of which is to again prevent the GLC, as competent authority, from monitoring AML compliance by attorneys. That order remains in effect.

The effect of the protracted Court proceedings and injunctions is that the GLC’s power to supervise and monitor AML compliance by attorneys has been suspended.

Significant work remains to be done to improve the deficiencies in our AML/CTF framework and by so doing to enhance the security of our financial system and satisfy our obligations to the CFATF and the FATF.

To this end, Jamaica will be required to commit to the FATF on an Action Plan that addresses these weaknesses. This Action Plan will include, among other things:

Without a comprehensive understanding of the AML/CTF risks, Jamaica cannot adequately develop policies and strategies.

3. Completing the necessary legislative amendments to bring the microfinance sector under AML/CTF requirements, and start implementation to ensure that adequate risk-based supervision of the sector is in place.

4. Ensuring an increase in money laundering investigations that use financial intelligence information and effective cooperation with other jurisdictions along with corresponding resourcing of the justice system.

5. Amending the Companies Act to ensure, among other things, updating of beneficial ownership disclosure standards to be consistent with the FATF standards with effective, proportionate and dissuasive sanctions for legal entities in breach of their beneficial owner disclosure obligations.

6. Amending laws governing the regulation of trusts and the non-profit sectors in order to improve AML/CTF compliance.

The good news is that our multilateral and bilateral partners have confirmed their commitment to providing critical technical assistance designed to support Jamaica in satisfying all elements of the Action Plan.

Progress against our Action Plan will be tracked and publicly disclosed.

While compliance with our FATF obligations is important, what is far more important is the significant benefit to Jamaica and Jamaicans of a strong AML/CTF framework.