UPDATE ON THE 2022 POPULATION AND HOUSING CENSUS

Speaker, honourable members of the house, my fellow Jamaicans, this year is a very special year for us, as we celebrate 60 years of independence. It is also a special year because as a nation we will be conducting Jamaica’s 15th Population and Housing Census, starting in September.

This very important national exercise is being led by the Statistical Institute of Jamaica (STATIN), our National Statistical Office.

Madam Speaker, the census is one of the most important tasks that we will be undertaking in this our Jubilee year. The results will help us to assess our progress as a nation and guide us in setting our priorities and direction for the next sixty years and beyond. In this House we know the value of data and our best decisions have been informed and guided by the information provided by the census over the years.

But the census information is more than a tool for policymakers in Government; it is a critical source of information for businesses and the people of Jamaica. Critical decisions are informed by the data coming out of the Census. Members of this Honourable House, the Census is a Big Deal!

Madam Speaker, the Census is more than just a count of the population. The census also captures information on the housing stock in the country, and key social and demographic information that informs policy. It helps us to determine where to put schools, clinics, and other Government services. The census is important for all of us as Jamaicans.

Jamaica has been conducting national censuses since 1844. In keeping with international standards and best practices, censuses are conducted every ten years. The last census in Jamaica was conducted in 2011. Given the COVID-19 pandemic, this round of the Census was delayed by a year, but we are on-track to complete the Census in 2022.

The 2022 Census will capitalise on new technology to improve the efficiency and safety in data collection and processing. For the first time, Census data will be collected using tablet computers. Madam Speaker, you will be pleased to know that at the end of the census, the tablets will be transferred to the Tablets in Schools Program another example of Government agencies working together.

Census 2022, is a truly National initiative, and a whole-of-Government, whole-of-Society approach must be adopted. Led by STATIN, the implementation of the Census is being supported by various Ministries, Departments and Agencies of government, the private sector, the media, the academic community, churches, and the wider society.

There are also a number of data security measures that have been put in place to protect the information being collected. Additionally, all Census Takers are legally obligated to preserve the confidentiality of the information collected during the Census. Additionally, when the Census is complete, the results will only be shared in an anonymized way. Under the Statistics Act, STATIN is prohibited from sharing confidential information with anyone.

Madam Speaker, the preparation for Census 2022 is now in high gear. Between March and April this year, recruitment for the Census was conducted. Over 38,000 persons from every nook and cranny in Jamaica applied, and after testing and screening, 7,525 persons have been recruited as census takers. So far, 2 rounds of Census Taker training have been conducted in 9 parishes. The 3rd round of Census Taker training begun on Monday, July 25th and will end on August 9th. Census Takers are being trained in-person and online and are supported by an online training platform.

Members of this honourable house, in a few weeks, I will be signing into law the 2022 Census Regulation and Order codifying into law the conduct of the Census by STATIN. I am also pleased to announce that Census day will be September 12, 2022. With data collection starting thereafter and continuing until December 31, 2022.

This national exercise must be supported by all, as each and every person living in Jamaica must be counted. Madam Speaker, people of Jamaica, the Census is not a political activity. It is a National activity. The census is a key piece of the puzzle in Reigniting our Nation for Greatness. The Census is for Jamaica.

People of Jamaica, I am looking forward to being counted in the Census. Honourable Prime Minister and all members of this honourable house on both sides of the aisle I am sure that when the Census Taker comes to your house, you will get up, stand up and be counted. The success of the census is for the benefit of all Jamaicans. Madam Speaker, “Yuh count, mi count, all a we count”. Let’s support the Census and respond to the Census Takers when they come to take the Census starting in September. 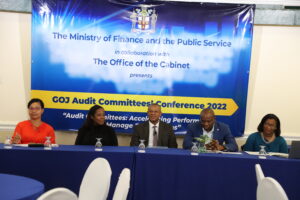 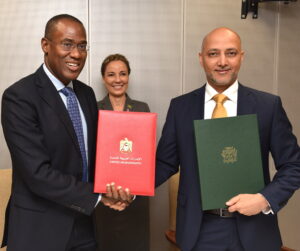